Nowadays, the big tourist cities and areas are often very busy. To escape the hustle and bustle of those cities or areas, we have made an overview of the best alternatives places to visit.

The best alternative city to visit is Utrecht. Utrecht is located southeast of Amsterdam and can be reached directly from Amsterdam Airport Schiphol by train in less than 30 minutes. Like Amsterdam, Utrecht has nice canals and great museums. Nice places to visit in Utrecht are the Miffy Museum, the Railway museum and just outside the city centre, you can find the famous Castle de Haar.

There are two airports close to the city of Utrecht, namely Amsterdam Airport Schiphol (49 km) and Rotterdam The Hague Airport (62 km). 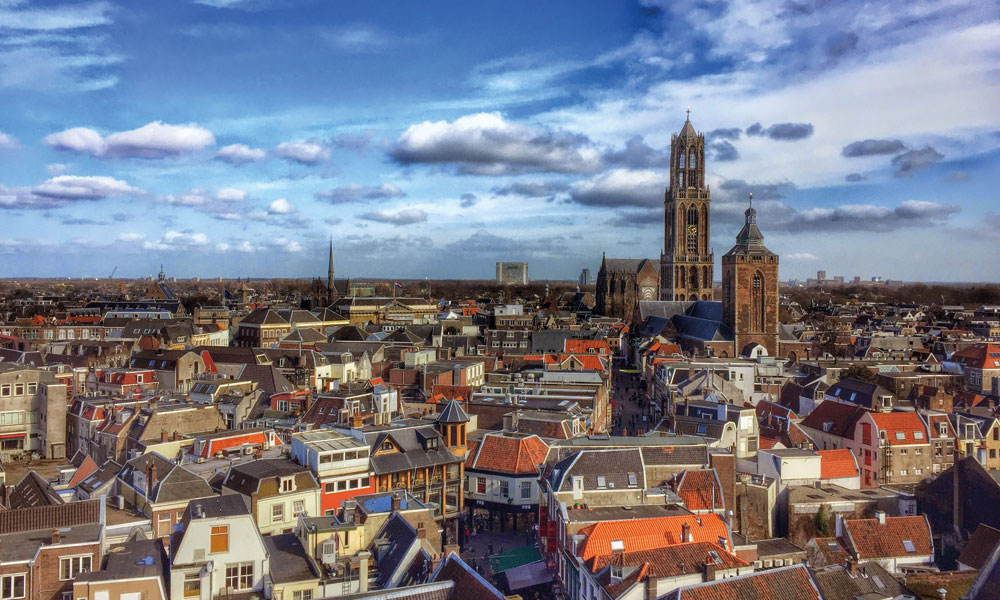 On the other side of the Mediterranean Sea, you can find the beautiful Trieste. Just like Venice, Trieste’s city centre is surrounded by water. Trieste offers a great mix of Italian, Slovenian and Austrian-Hungarian architecture. The best sights to visit in Trieste are Piazza Dell’ Unita D’Italia and Castello Di Miramare. 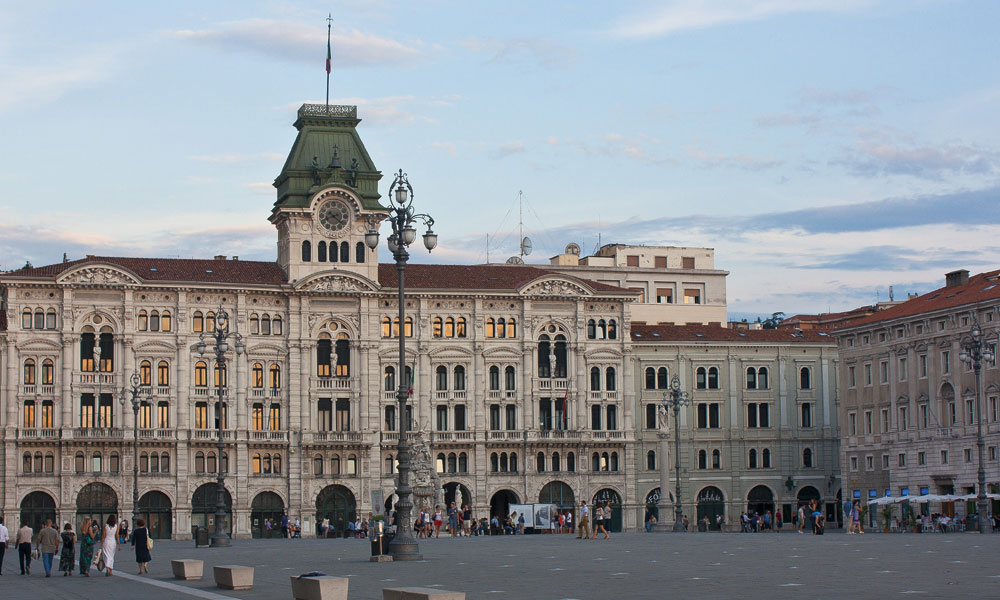 The beautiful Palace City in Trieste

The best alternative destination is Abruzzo. The Abruzzo region is known as ‘the greenest region of Europe’ which makes the region an oasis of peace. The beautiful capital L’Aquila is a really attractive city with a lot of churches, art and monuments. The place Chieti is the oldest city in the region with many Roman age remains. Seaside resort Giulianova is a wonderful tourist destination with several great beaches. Last but not least, the largest city, Pescara is the economic, commercial and touristic centre of the city.

The closest airport near the Abruzzo region is Pescara Abruzzo Airport. 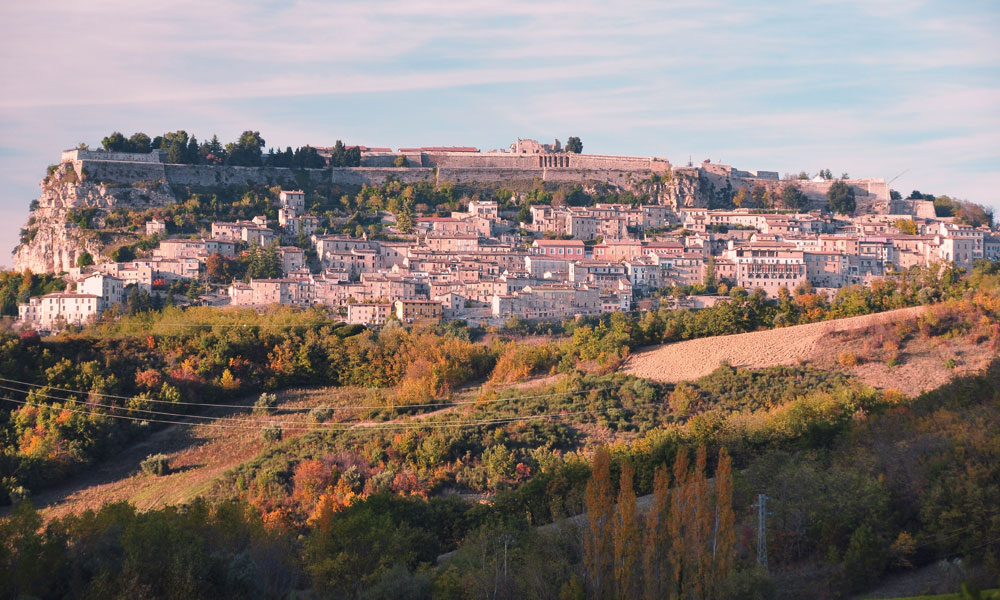 The best alternative city for Rome is Naples. For decades the city was out of the control of law enforcement and the mafia took all the power in the city, but Naples is recovering from its bad reputation. Naples can be experienced as a rough city but if you are willing to see the beauty, you will have a wonderful time. There is plenty to see and experience because the city has retained much of its original culture. Fun fact: The Italian pizza, which is known all over the world, is originally from Naples. 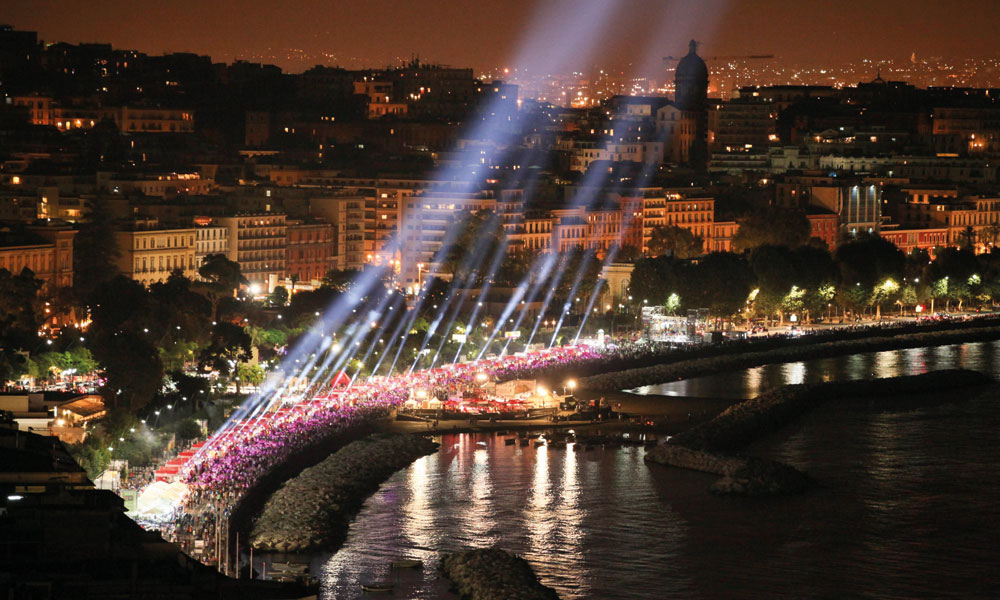 The beautiful city of Naples

Why would you visit the busy Italian seaside’s of Amalfi, Capri, Rimini and Cinque Terre if you also can visit a less busy and at least even beautiful coast, the Calabrian Coast. The region of Calabria is less well known than the other Italian coasts but is as beautiful as the others. The coast near Chianalea di Scilla is like a combination of the Amalfi coast and Cinque Terre. The beautiful city Tropea offers wonderful beaches around Isola Bella and the historic town Cosenza will learn you more about the Calabrian culture. 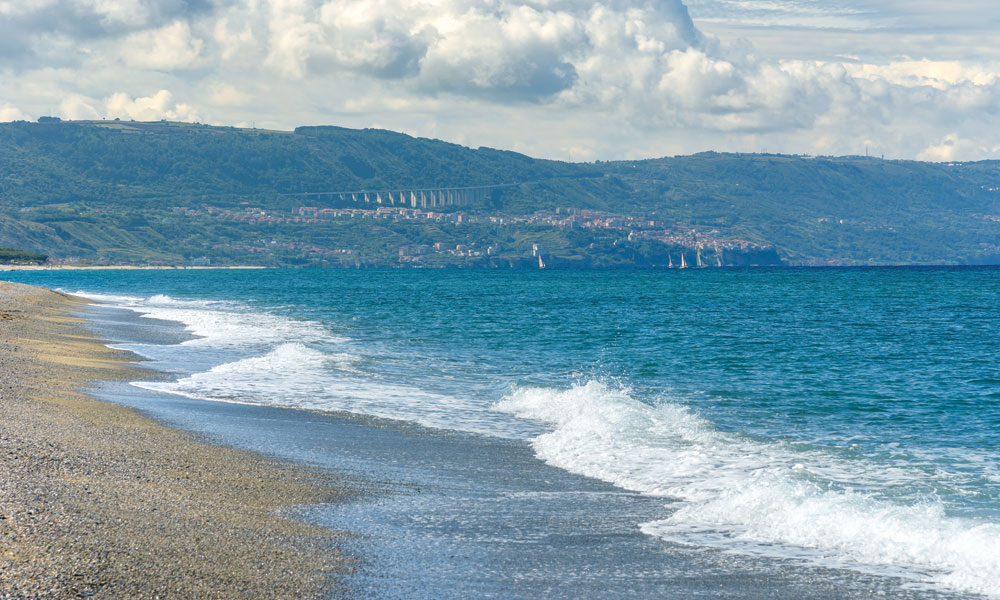 Calabrian coast by the Tyrrhenian Sea

Like Dubrovnik, the town of Budva is a really old town and is also situated at the Adriatic coast. Unlike Dubrovnik, Budva is not part of the UNESCO list of world heritage sides which keeps this unique place still unknown for the big public. The old town consists of nice narrow streets and small squares with beautiful monuments. 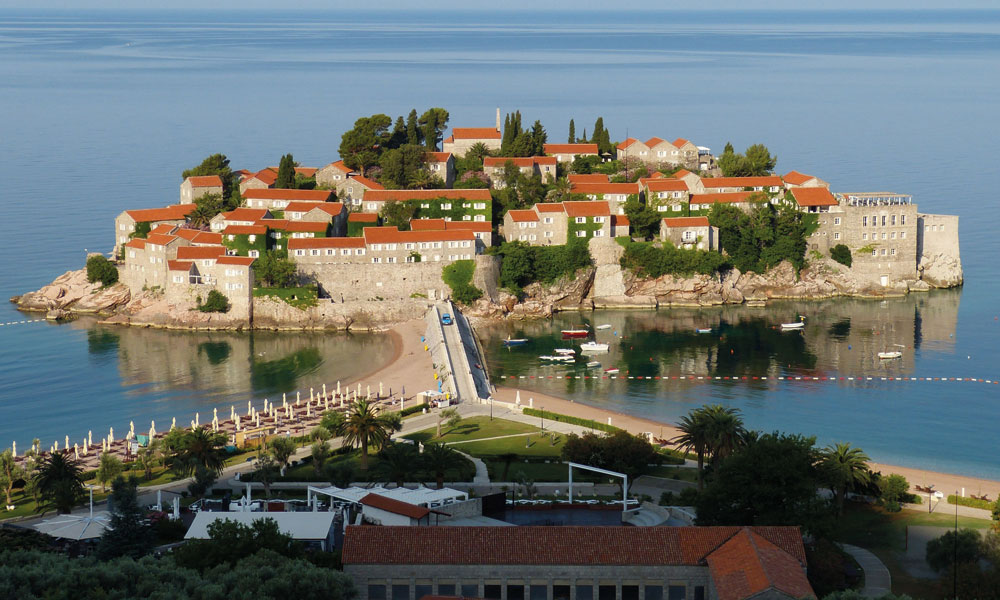 The beautiful town of Budva, located on the Adriatic sea

Like Prague, Brno is an old city which is about thousand years old. The city is located in the southeast of Czech Republic and offers a lot to visit for tourists, with the Freedom’s Square as the city’s centre. 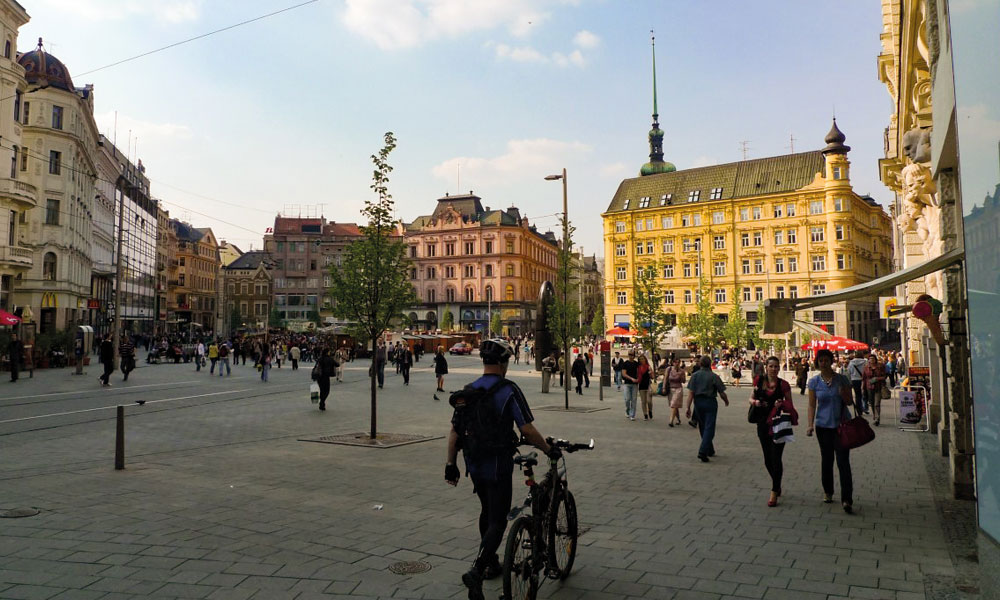 Helsinki too expensive? You can’t say it’s cheap but if you pay attention to the prices, it’s not as expensive as you might think. If you compare it to Tallinn where prices continue to rise due to tourism, is it not bad at all. Helsinki offers great museums and galleries, wonderful architecture and UNESCO’s Suomenlinna world heritage side is just a ferry ride away. 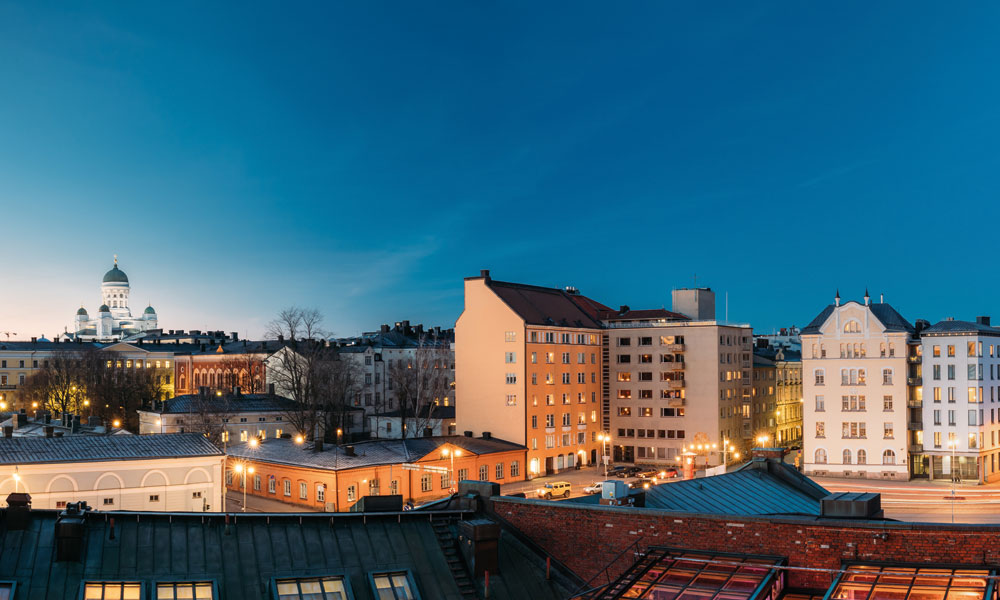 Hidden in Spain’s inner land you will the beautiful and large city named Zaragoza. Zaragoza counts more than 700,000 inhabitants and offers tourists, who want to have an alternative for Barcelona, some wonderful buildings. In the city, you can find the unique ‘Basilica of Our Lady of the Pillar’, the ‘Cathedral del Salvador’, and the bridge ‘Puente de Piedra’. On the edge of the city, there is a wonderful old Palace which is on the UNESCO’s world heritage list, named Palace Aljafería. 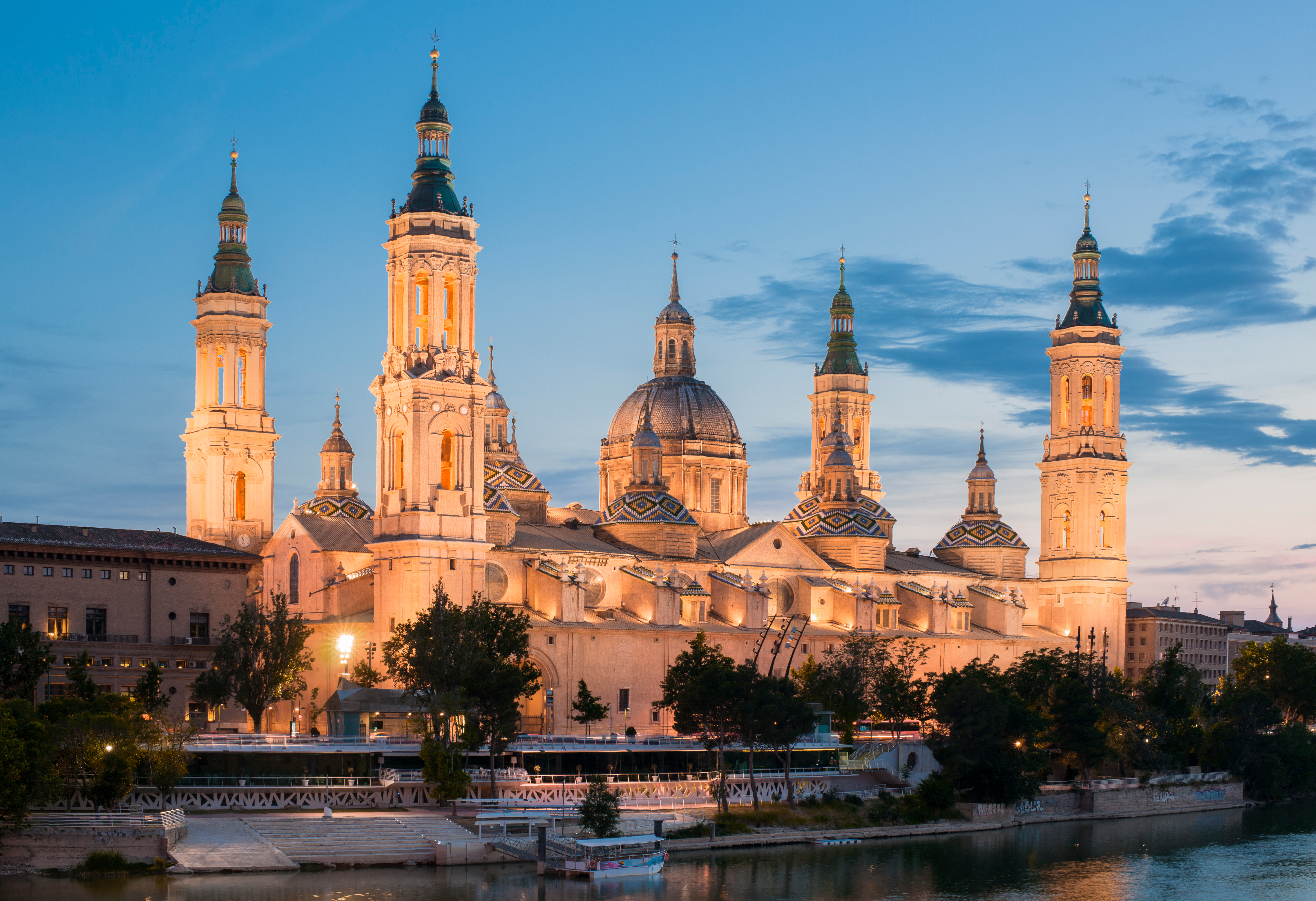 Night shot of the Basilica del Pilar in Zaragoza

Not far from the popular small and cosy San Sebastian you will find the bigger city, Bilbao. Bilbao offers a great mix of some historic buildings and ultra-modern new architecture. The most famous building of Bilbao is a modern one, the Guggenheim Museum.

Yes, the Balearic Islands are beautiful and nice to visit, but during summer it’s overcrowded as well. If you want to have some time to relax and do not want to be disturbed by large groups of tourists, try the Azores. The Azores is a beautiful archipelago in the Atlantic Ocean and is an autonomous region of Portugal. The Azores offer wonderful nature and a UNESCO world heritage town named Angra do Heroísmo. 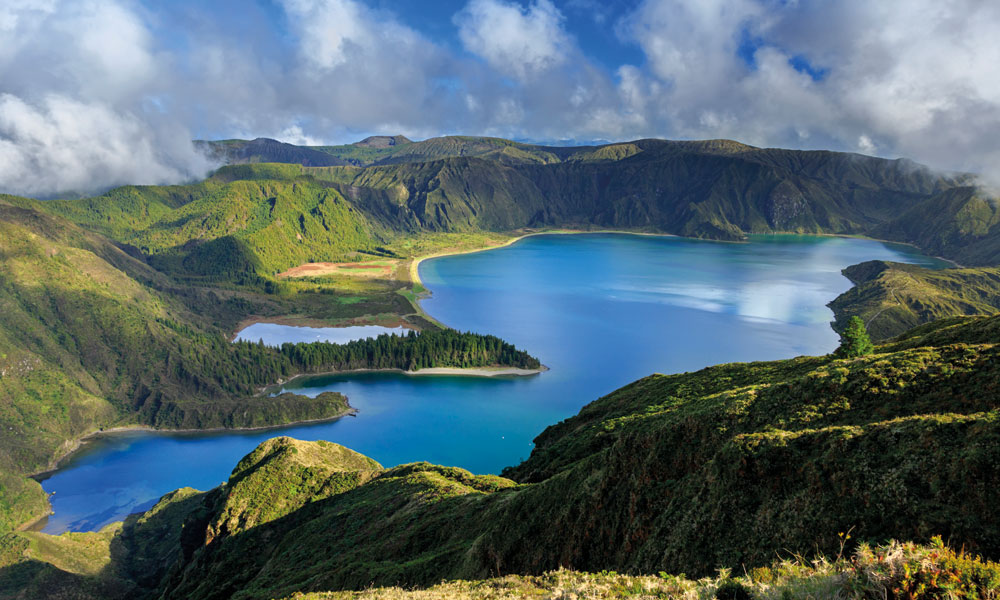 Lagoa do Fogo and green valley on San Miguel island 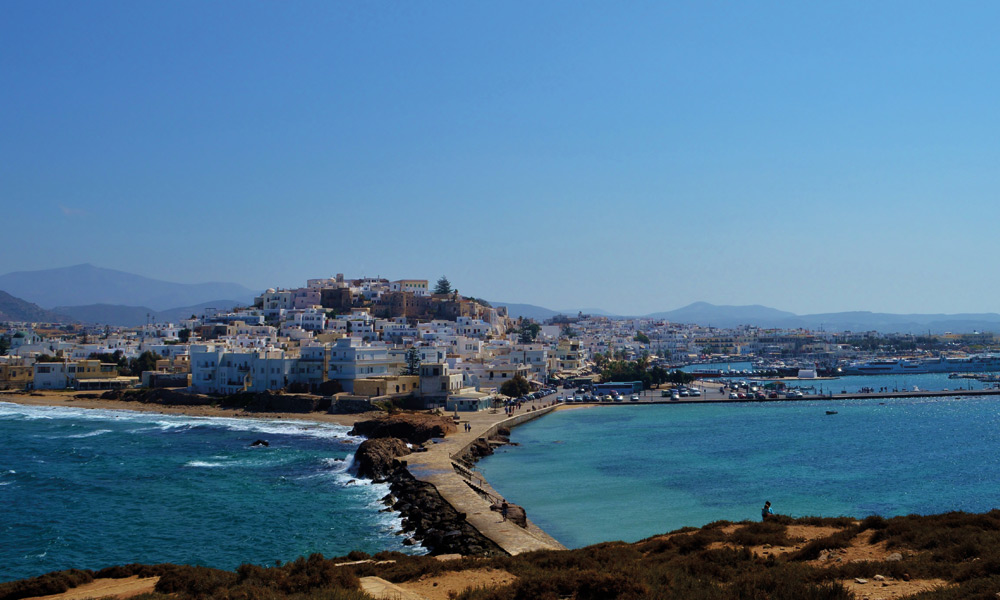 The largest city of Northern Ireland, Belfast, was in the 1970s and 1980s one of the most dangerous cities in the world. However, since the 21st century, the city recovered from this period. The city has a small and cosy centre with the nice Donegall Square and the beautiful Belfast City Hall, which makes Belfast an excellent starting point to discover the rest of (Northern) Ireland. 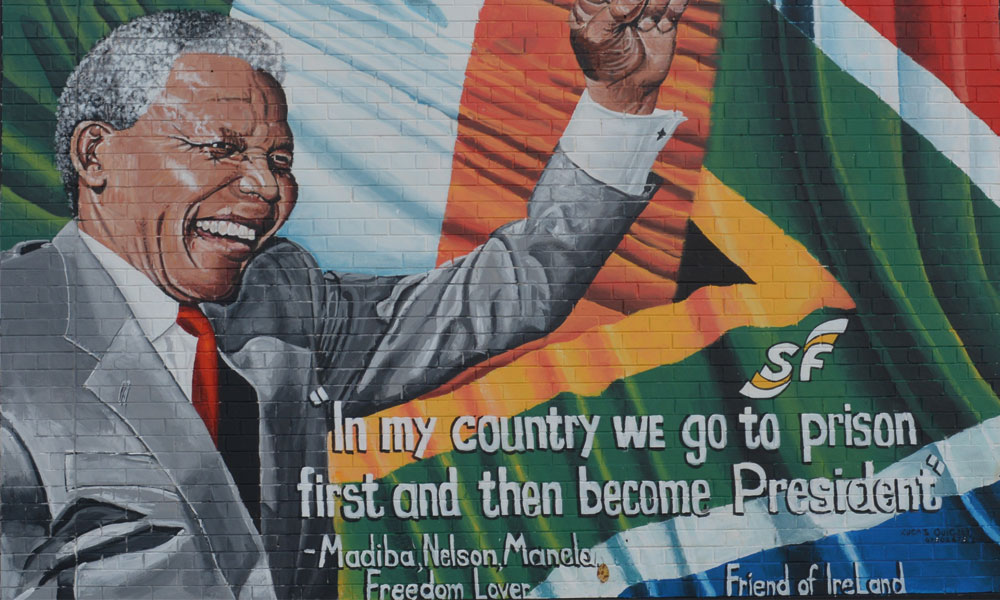 The Nelson Mandela mural on Falls Road in Belfast

The largest city in Scotland, Glasgow, is totally different from Edinburgh. While Edinburgh is one of Great Britain’s historic centres, Glasgow is traditionally Scotland’s industrial centre. Since the end of the industrial era, Glasgow gradually transformed itself into Scotland’s cultural centre. Nowadays, the city offers some great shopping areas, cosy city parks, interesting museums and lots of music events. 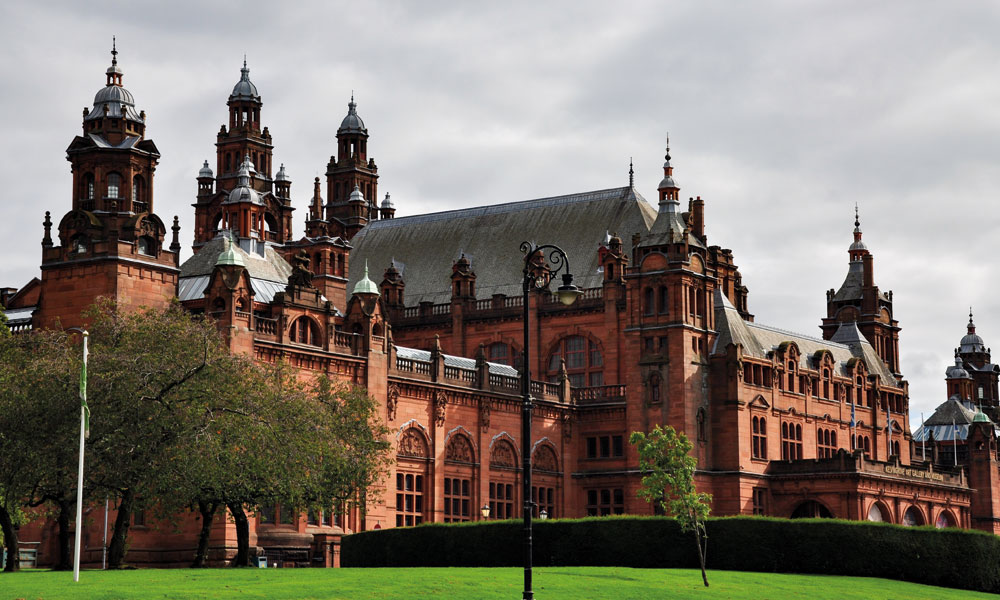 The second largest city of Austria, Graz, is a large student city which gives the city a great atmosphere. The city’s old centre has been designated as UNESCO world heritage with some remarkable churches and nice museums. The clock tower is Graz’s most visited landmark. 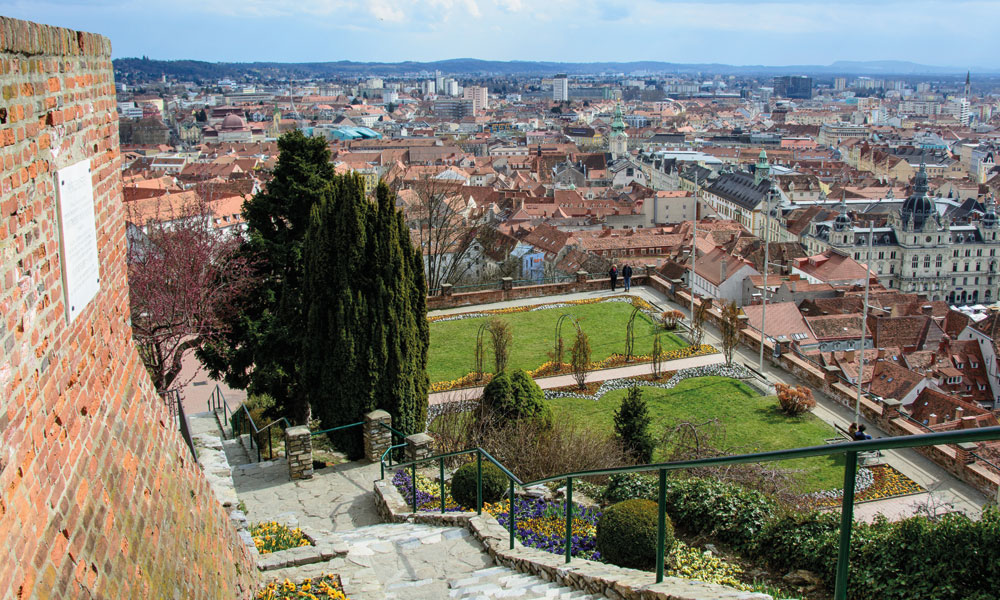 Like Bruges, Ghent’s city centre was built in the Middle Ages. With its large university and a wide variety of local Belgian bears, Ghent is a great place to visit. This open-minded city offers tourists a great mixture of historic architecture, interesting museums and great festivities. 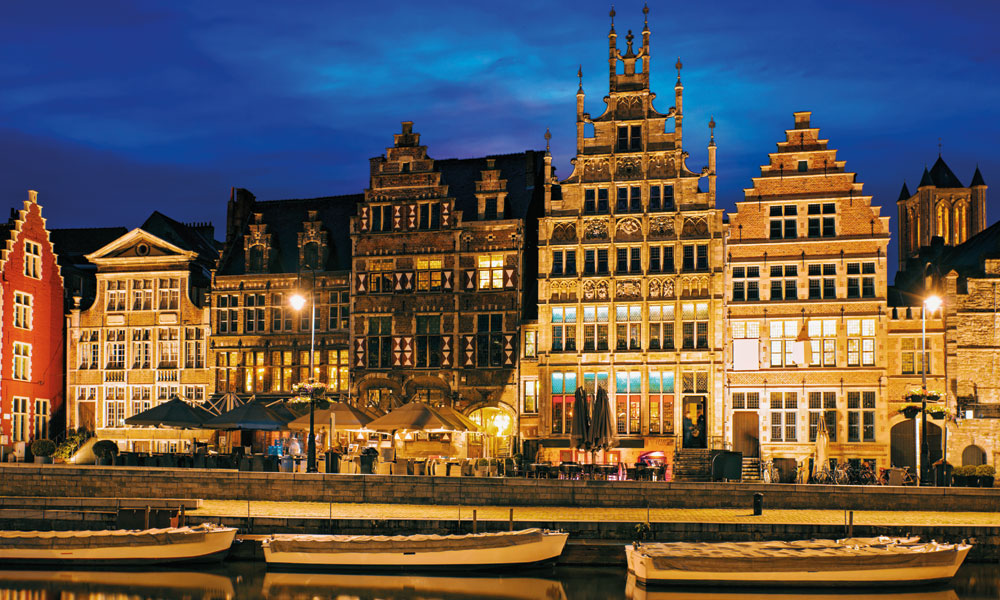 Graslei street and canal in the evening, Ghent.

The, for most people unknown, Faroe Islands are located between Iceland, Norway and Scotland and is part of the Kingdom of Denmark. With about only 50,000 inhabitants, the Faroe Islands offer great nature with a large number of cliffs, extensive grassy plains and lots of sheep. Also, the old Nordic culture is still present in the tiny villages across the islands. 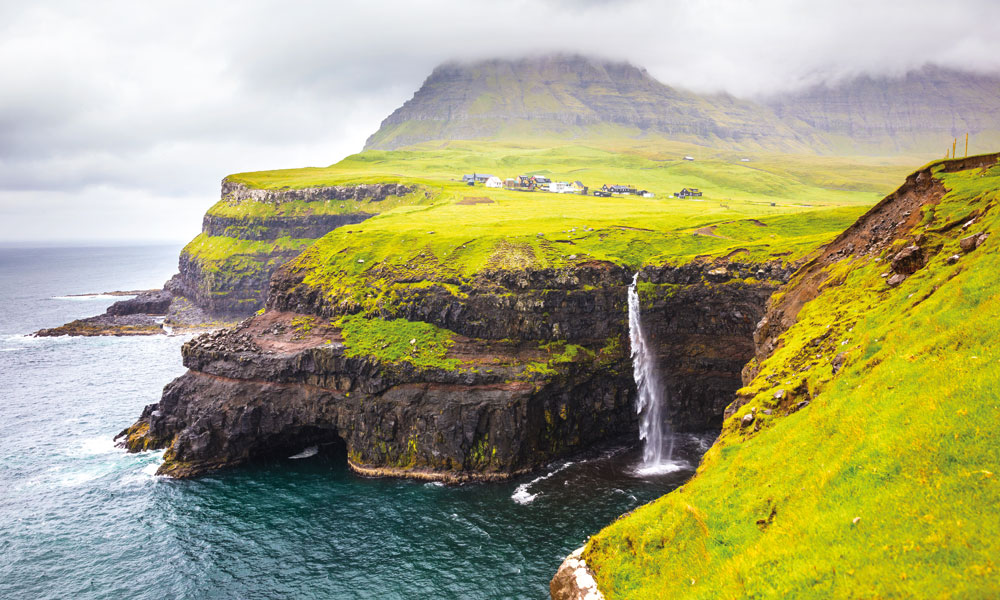 Waterfall on Faroe Islands and the village Gasadalur

This charming, old and tiny town with a compact city centre among the Côte d’Azur is called Menton. “The lemon festival capital of the world” offers an awesome lemon party over several days in February. This is not the only festival which the city offers. From the end of July to mid-August, there is a nice, primarily classical music festival in the city. For this festival, artists and symphony orchestra from all over the world come to Menton. 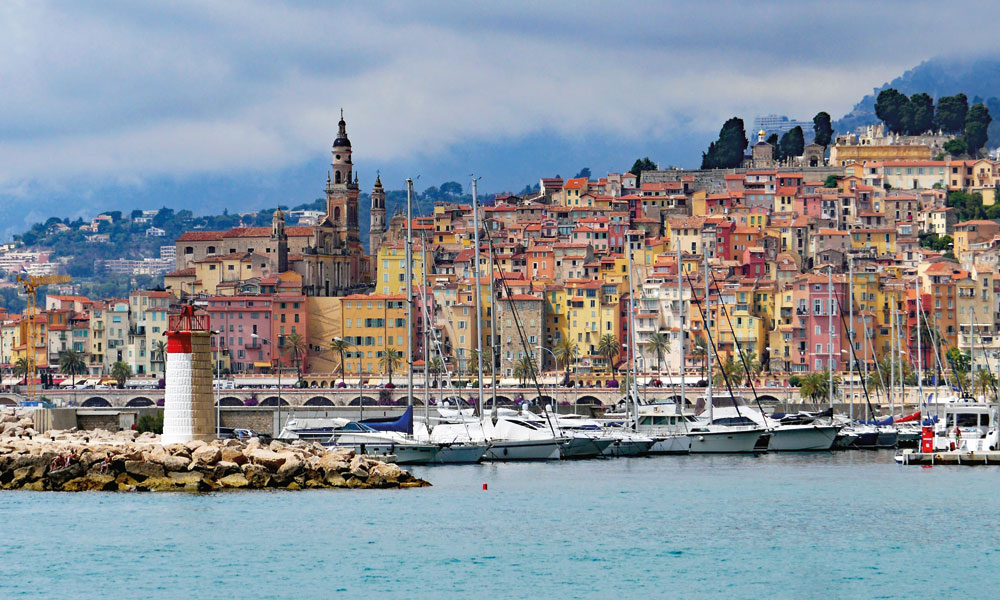 The harbour of Menton, with the basilica of Saint-Michel-Archange

While Malta is a small island, Cyprus is one of the largest islands in the Mediterranean Sea. This country, divided into two parts, is partly Greek and partly Turkish which offers you two beautiful cultures in one country. Because the size of the island, it has a lot to offer. In the Troodos Mountain region, you can find over 9 UNESCO world heritage sites while Protaras is one of the main tourist’s resorts. In the heart of Cyprus, you can find the charming little town named Lefkara. 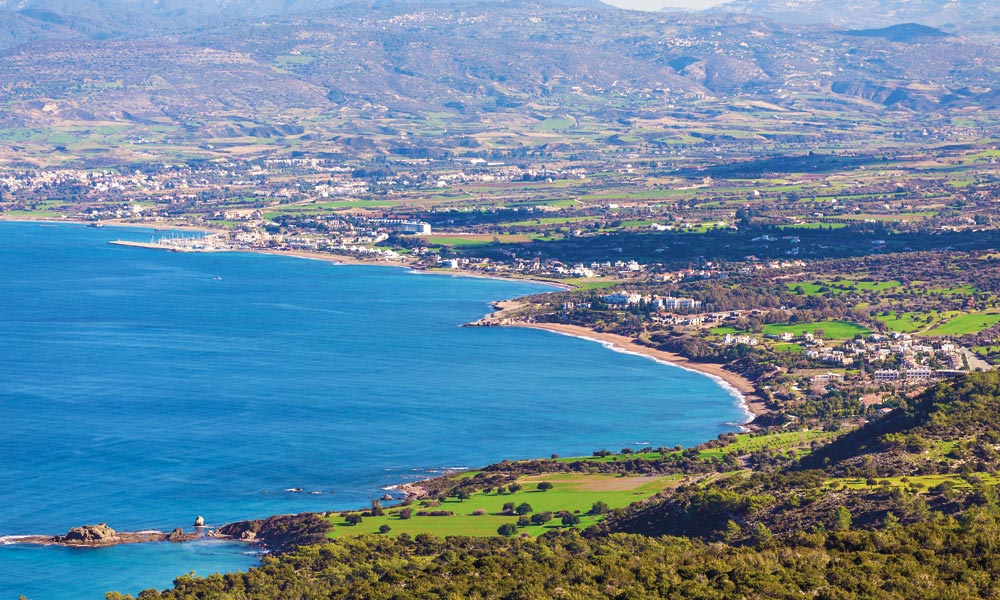 Located between England and Northern Ireland, there is a small island which is called the Isle of Man. The capital city Douglas offers some nice seaside resorts and the city of Peel has a beautiful small cathedral and some remains of an old castle. Also, the island offers some beautiful cliffs and grassy plains. The entire island is designated as UNESCO world heritage since 2016. 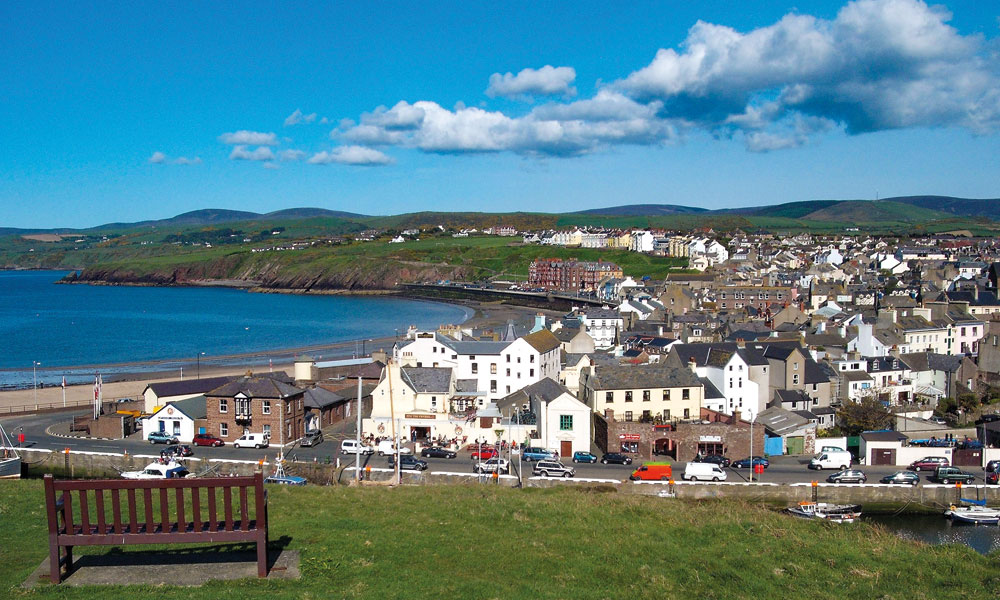 The Isle of Man, located in the middle of the northern Irish Sea