LONDON, AUGUST 30, 2022. Inflation is everywhere in Europe. This also applies to travellers who travel by taxi to and from the airport. A study by AirMundo.com shows that travellers at European airports will pay an average of 45 euros for a taxi ride to the centre of the city. Compared to the summer of 2021, the price has risen by an average of 10%. The price increase is another setback for travellers who are already confronted with more expensive airline tickets, accommodations, rental cars and airport parking. Taxis are the most expensive at airports in London (Heathrow, Gatwick, Stansted and Luton), Milan (Malpensa and Bergamo), Munich and Oslo.

The Airport Taxi Report Summer 2022 ‘Taxi Fares at European Airports’ compares the taxi rates at the 50 busiest airports in Europe. The report offers travellers an insight into the average prices for an airport taxi ride to the city centre. Prices of pre-booked taxis are not included in the comparison.

In Europe, the average price for a taxi from the airport to the city centre is 45 euros, for an average taxi ride of 32 minutes. Compared to a year ago (Airport Taxi Report Summer 2021), taxis at airports are 10% more expensive now. Taxi fares at airports in Turkey have even doubled, though Europeans are not paying more there than before, due to the enormous depreciation of the Turkish lira.

All European countries are currently experiencing inflation, a general increase in the prices of goods and services. In the regulated taxi market, it usually takes a while before price increases are implemented, since rates are often set by law. Several European countries and cities are currently raising maximum rates, as taxi companies are faced with rising costs for fuel, car parts, maintenance and insurance. Travellers taking a taxi to or from the airport feel it in their pockets (+10%).

Compliance with taxi regulations and associated maximum rates is not always guaranteed. Certainly, with a sharply increasing demand, as is now the case at many large European airports, it happens that taxi drivers charge higher prices than are officially allowed. This is something travellers may have to deal with in Europe this summer.

After price increases for airline tickets, accommodations, car rental and airport parking, now airport taxis are more expensive too. Guus Wantia, owner of AirMundo.com: “Given the inflation, the price increases for taxis at airports come as no surprise, although it took a while before the taxi fares were increased. In addition, demand is much higher compared to recent years. The biggest airports in Europe welcome many more departing and arriving passengers. For people who want to travel by taxi to or from the airport, it is recommended to inform themselves online or at the airport about the applicable rates and average prices.”

In the Airport Taxi Report Summer 2022 “Taxi Fares at European Airports,” four Russian airports and one Ukrainian airport have been replaced by five other airports because of the war in Ukraine. New to this year’s report are Birmingham Airport, Cologne Bonn Airport, Izmir Adnan Menderes Airport, Lyon-Saint Exupéry Airport and Venice Airport. This has also influenced the average price increase, as taxis at airports in Russia and Ukraine are relatively inexpensive, both in terms of the taxi fare and the price per kilometre. 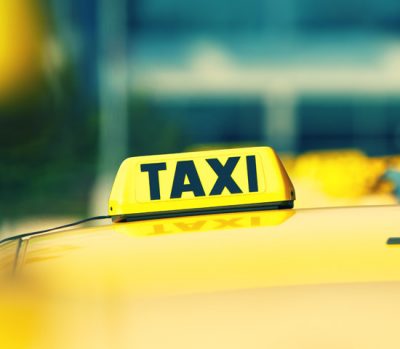