Singapore Airlines (SIA) is breathing new life into the world’s longest commercial flight in the world. The longest commercial flight in the world is the flight between Newark Liberty International Airport (EWR) and Singapore Changi Airport (SIN). The relaunch of this flight was Thursday, October 11, 2018, 23.37h local time from Singapore and the plane arrived at Newark Liberty International Airport on Friday, October 12 at 05.29 hours local time. The flying time was 17 hours and 52 minutes.

The flight between Singapore and Newark is not a new flight destination. Singapore Airlines also flew from Singapore to New York in 2013. Then there was a flight with an Airbus A340-500, and the trip also lasted more than 18 hours. The flight is eventually cancelled because it was not profitable.

The aircraft Singapore Airlines now uses is the Airbus A350-900 ULR (Ultra Long Range). This aircraft has to transport the passengers 16.700 km / 10.376 miles from one side of the world to the other. On board, there are thirteen flight attendants alongside the four crew members. Singapore Airlines divides the staff into groups so that each cabin staff member has the minimum break of four hours.

Because the flight takes so long, the airline has taken the necessary precautions to promote the well-being of the passengers. For example, excessive alcohol consumption and food that gives bloating should be avoided. Besides the fact that the 161 passengers are in the air almost all day, the Airbus A350-900 ULR raised the ceiling and the aircraft windows have been widened. The device is also equipped with special LED lighting with colours that reduce the effect of jet lag. 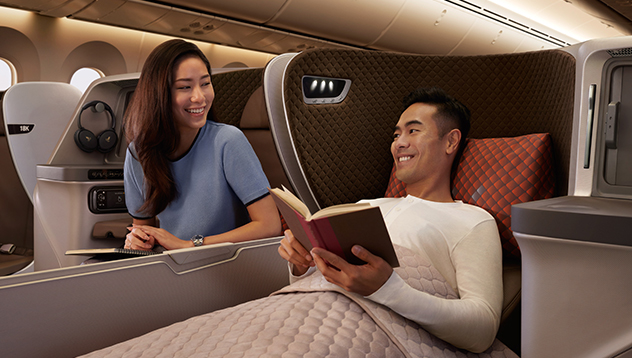 Flight SQ22 flies from Singapore Changi Airport to Newark Liberty International Airport (flight SQ21 flies the reverse way). Tickets cost between € 1500, – and € 1600, – for a return flight. This is the price of a Premium Economy Class ticket. Singapore Airlines is going to use a second Airbus A350-900 ULR, so that the marathon flight will be flown daily from 18 October. 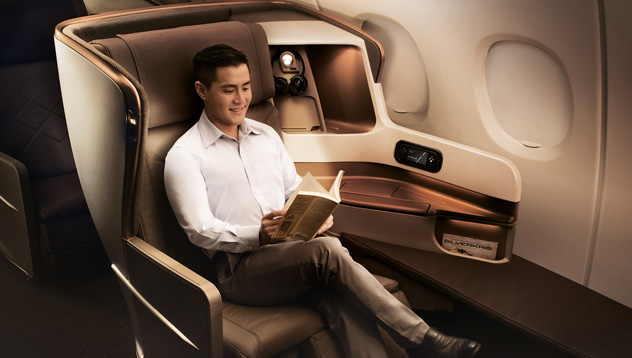